Book Blast and Giveaway: Star Child: The City of Souls 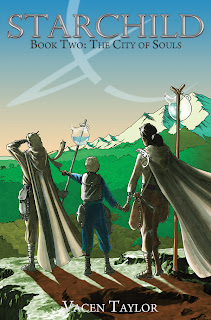 Starchild: The City of Souls In The Age of Akra, a pilgrimage to the Valley of a Thousand Thoughts brings together four children as an ancient prophecy is set in motion. Having triumphed against dangerous adversaries, Mai, Long, Akra and Sahib are now pursued by the melkarie and must escape to the City of Souls. In the land of Naroan, in a city hidden under a blanket of living green, they are confronted with the challenge to find the Singing Soul. But the underworld has other plans, and a beast so fierce is conjured to stop the children from finding anything that will add to the power to the prophecy of the seven nations.

Praise for Starchild:
“Strong and riveting start to what is sure to be an engrossing series for young readers keen on fantasy, mythology and sci fi.” “Following in the footsteps of shamanic storytellers, the wizardess Vacen Taylor has delivered a winner! Mystical and magical, it’s a thoroughly engaging adventure that will delight both children and adults.”
Website * Amazon * Goodreads
*** Starchild: The Age of Akra (Book One) is only $0.99 in the Kindle Store for October ***
Excerpt: The children were unaware of the dark forces that had gathered in the south. A force far greater than any seen before had grown into a power of unconquerable strength. From the very first night of Mai and Long’s journey, the eyes from which this force had grown had been searching for them. The search would not stop until the prophecy, its foreknowledge and the children were extinguished. The four children had travelled a long way. The mountain had disappeared behind them and so had the crumbled Castle of Stone. Akra had been attentive throughout the whole journey, listening to Sahib talk about the City of Beams. Behind them Long listened in, but Mai sensed a twinge of jealousy was beginning to twist his thoughts. Sahib and Akra were friends now. Long’s ‘buddy for life’ had been yanked away from him—by a sealer of all things. Mai noticed the frown on Long’s face, pushing his eyebrows closer together as he watched Sahib and Akra talk. Every so often he stopped to rub his ankles. Mai knew the burns around them would not heal quickly. The wound left from the searing grasp of the invisible hands of the underworld, which had almost pulled him to his death, would soon blister. What she didn’t know was that two nasty red streaks were beginning to snake their way up Long’s legs, and with them came an unusual meddling in his thoughts. When it was clear to Mai they had walked as far as possible for that day they found a place to rest. Long collected some dead wood, and with Akra’s fireruling skills a crackling fire soon spread its warmth as the darkness of the night settled over them. It was a clear night. A starlit blanket twinkled above them. Each of the children, too tired to eat, curled up around the fire and soon they were all asleep. Mai was happy to be back on her journey to the Valley of a Thousand Thoughts. But as she slept her flickering eyelids told a different story. Her mind replayed memories of the last few days that had passed. It was a skill only thoughtbankers possessed: the ability to replay a memory as if it were a dream. 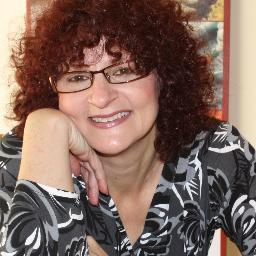 Author Vacen Taylor Vacen Taylor is an author, writer, storyteller, occasional artist and amateur photographer. She describes her writing as a basic prose style with the occasional splash of creative penning. She collects comics and loves superheroes, anime and science.

BookBlast Giveaway $100 Amazon Gift Card or Paypal Cash Open Internationally Ends 11/4/13 Open only to those who can legally enter, receive and use an Amazon.com Gift Code or Paypal Cash. Winning Entry will be verified prior to prize being awarded. No purchase necessary. You must be 18 or older to enter or have your parent enter for you. The winner will be chosen by rafflecopter and announced here as well as emailed and will have 48 hours to respond or a new winner will be chosen. This giveaway is in no way associated with Facebook, Twitter, Rafflecopter or any other entity unless otherwise specified. The number of eligible entries received determines the odds of winning. Giveaway was organized by Kathy from I Am A Reader, Not A Writer http://iamareader.com and sponsored by the publisher. VOID WHERE PROHIBITED BY LAW. a Rafflecopter giveaway
at 12:00 AM