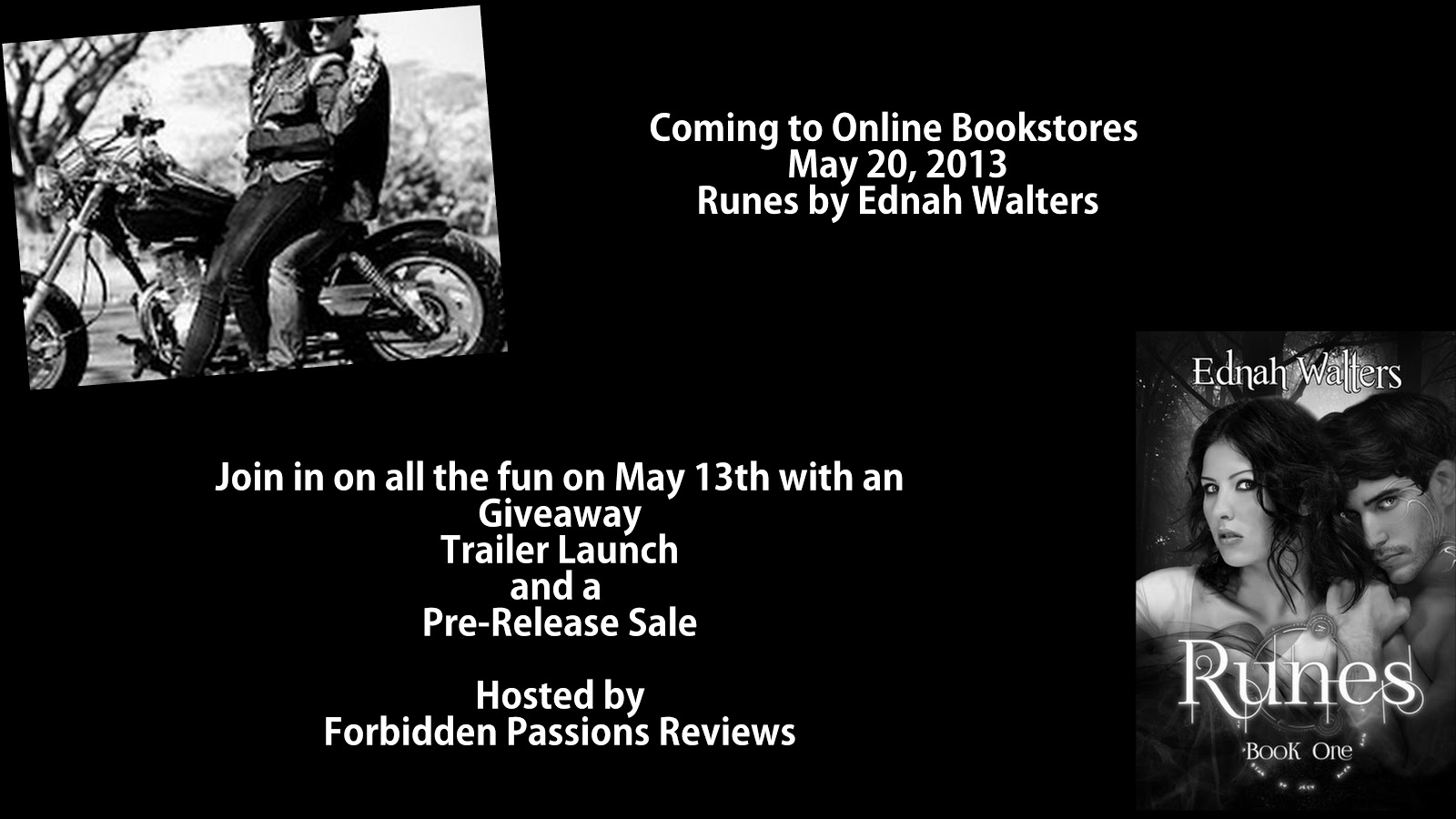 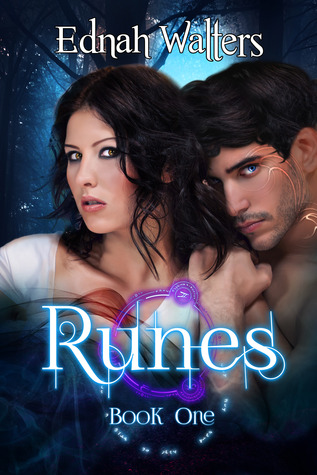 Seventeen-year-old Raine Cooper has enough on her plate dealing with her fatherÆs disappearance, her motherÆs erratic behavior and the possibility of her boyfriend relocating. The last thing she needs is Torin St. Jamesùa mysterious new neighbor with a wicked smile and uncanny way of reading her.

Raine is drawn to TorinÆs dark sexiness against her better judgment, until he saves her life with weird marks and she realizes he is different. But by healing her, Torin changes something inside Raine. Now she canÆt stop thinking about him. Half the time, sheÆs not sure whether to fall into his arms or run.

Scared, she sets out to find out what Torin is. But the closer she gets to the truth the more she uncovers something sinister about Torin. What Torin is goes back to an ancient mythology and Raine is somehow part of it. Not only are she and her friends in danger, she must choose a side, but the wrong choice will cost Raine her life.


EDNAH WALTERS grew up reading Nancy Drew and the Hardy Boys and dreaming of one day writing her own stories. She is a stay-at-home mother of five humans and two American short-hair cats (one of which has ADHD) and a husband. When she is not writing, sheÆs at the gym doing Zumba or doing things with her family, reading, traveling or online chatting with fans.

Ednah is the author of The Guardian Legacy series, a YA fantasy series about children of the fallen angels, who fight demons and protect mankind. AWAKENED, the prequel was released by Pill Hill Press in September 2010 with rave reviews. BETRAYED, book one in the series was released by her new publisher Spencer Hill Press in June 2012 and HUNTED, the third installment, will be released April 2013. SheÆs working on the next book in the series, FORGOTTEN.

Ednah also writes New Adult paranormal romance. RUNES is the first book in her new series. She is presently working on book 2, IMMORTALS.

Under the pseudonym E. B. Walters, Ednah writes contemporary romance. SLOW BURN, the first contemporary romance with suspense, was released in April 2011. It is the first book in the Fitzgerald family series. Since then she has published four more books in this series. She's presently working on book six. You can visit her online at www.ednahwalters.com or www.ebwalters.com.

What you could win! 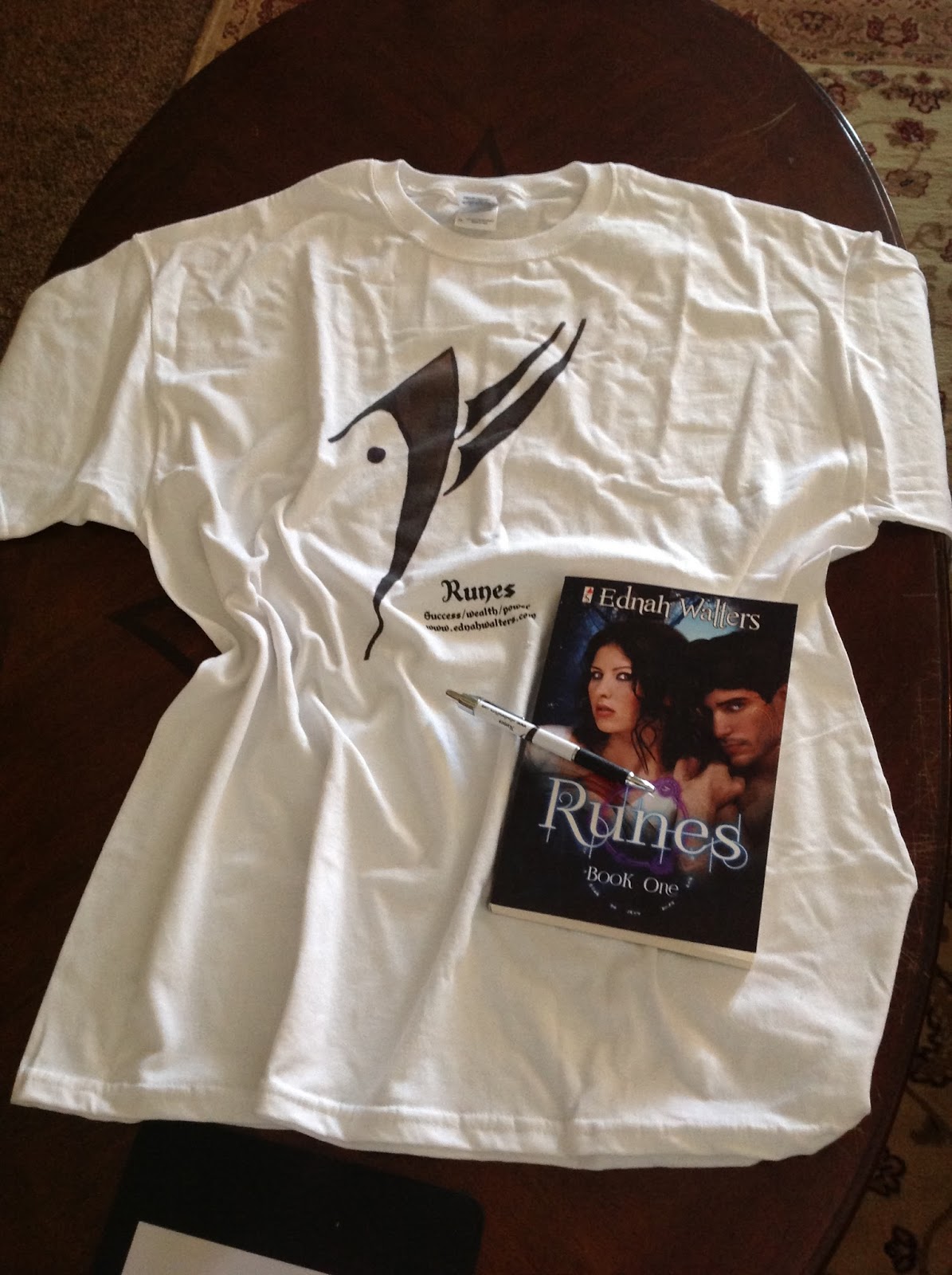