Today we have a terrific cover reveal for Cindi Madsen's newest book:
Act Like You Love Me 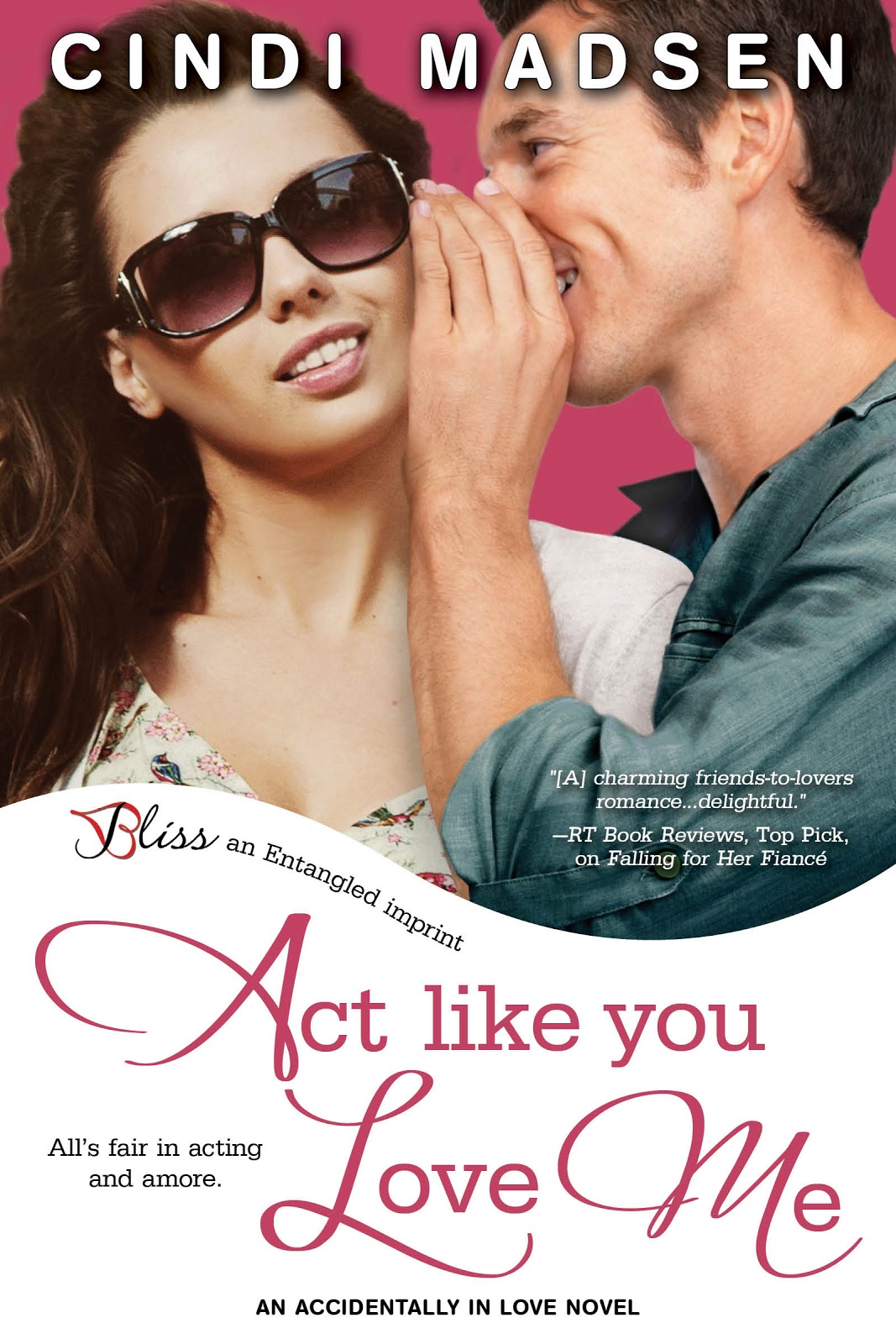 All’s fair in acting and amore...


Brynn McAdams isn’t the awkward drama geek she was in high school—she’s grown up and confident, or at least she likes to think so. But when her old crush, the impossibly handsome and impossibly unattainable Sawyer Raines, comes back to town to direct her community play, Brynn finds herself determined to be someone other than the girl he doesn’t even recognize. Good thing she’s an excellent actress.
After his bad breakup in NYC, the last thing Sawyer wants is to get involved with another actress. But the glamorous and beautiful Brynn draws him in, even though as her director, he knows she’s off-limits. There’s just something about the woman that feels…familiar. Like home.
As Brynn’s lies start to snowball, she struggles to stop acting and come clean. But what if Sawyer is already falling for the fake Brynn, not the Brynn she truly is?

Excerpt:
“Cut, cut cut!” Sawyer stood. “Was that supposed to be more passionate? Because it sucked.”
“This is supposed to be the eighteen hundreds,” Brynn said. “It can’t be too passionate or it would seem inappropriate for the time.”
The next instant Sawyer was charging up the steps to the stage. “I’m not saying it’s got to be a kiss with tongue, I’m saying you’ve got to look at each other like you’re in love so the audience will want it to work out. Our modern audience.” Sawyer shook his head. “Take it again, from before the proposal.”
It was impossible to concentrate with Sawyer standing right there, so close she could hear every shift of his body and feel his gaze on her like a weight. All her lines were swimming together.
Leo knelt, told her she was an angel. She said her line, trying to peer into his soul like she wanted to be with him, and then Leo kissed her. And it was sloppier than usual.
She did her best to not jerk back, though it was her first instinct.
“Okay, that was just…” Sawyer moved in front of her. He looked at the playbook, then lowered it by his side and stared into her eyes. The air thickened around them and she could feel every thump of her heart. “What a perfect angel you are, Cecily.” He said it so tenderly, his smile close-lipped but full of joy.
“You dear romantic boy,” she said, all out of instinct because thoughts were getting fuzzy.
He leaned in and kissed her, a soft kiss with his lips barely parted. The pressure of his lips increased for a delicious moment, and then they were gone. A quick, simple kiss, but when his mouth left hers, she felt its absence so strongly that she couldn’t think about anything else for a couple seconds. Her breath was stuck somewhere in her lungs and her lips still tingled, living the sensation over and over again. Heat wound through her body, her hands itched to reach out and touch him. And then she remembered she was supposed to. She ran her fingers through his hair and felt the whisper of his breath on her wrist as he exhaled.
“Wow, that was good,” Wendy said from the front, breaking Brynn from her trance.
Brynn stepped back and swallowed, but her throat wasn’t working right. Sawyer’s eyes never left hers, and one corner of his mouth curved up in a smug, self-satisfied way.
“It was all right, I suppose,” Brynn said, working to keep her voice steady. She crossed her arms and shrugged. “For a first-timer, anyway.”
That only made Sawyer’s smile grow wider.
Brynn couldn’t help but watch Sawyer as he jumped off the stage. Funny how she’d dreamed of kissing him all the time in high school, but her fantasy wasn’t even close to the real thing. Her heart felt like it’d just been wrung out and shoved back in her
And her scene with Leo was better. She was sure it had nothing to do with the fact that she closed her eyes and pretended it was Sawyer kissing her again.
Nope. Nothing at all. 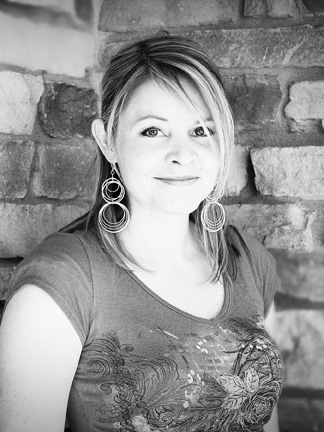 Cindi Madsen sits at her computer every chance she gets, plotting revising, and falling in love with her characters. Sometimes it makes her a crazy person. Without it, she’d be even crazier. She has way too many shoes, but can always find a reason to buy a new pretty pair, especially if they’re sparkly, colorful, or super tall. She loves music, dancing, and wishes summer lasted all year long. She lives in Colorado (where summer is most definitely NOT all year long) with her husband and three children. She is the author of YA novelsAll the Broken Pieces and Demons of the Sun, bestselling short romance Falling for Her Fiancé and the women's fiction novel Cinderella Screwed Me Over.