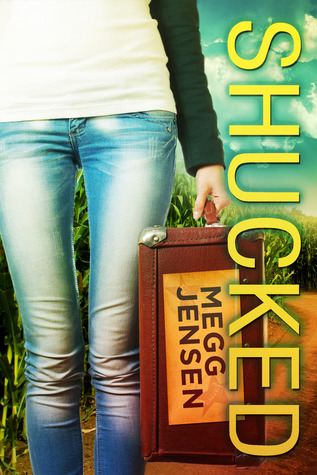 Suburgatory meets Indiana Jones...on a farm
Fifteen-year-old Tabitha has had the kind of life that would impress even the greatest adventurers. She's escaped a croc attack in the Amazon, walked the length of the Great Wall of China, and earned a black belt in taekwondo in Korea. She owes her worldly experience to her mother's career in archaeology, but when her mother takes on a dangerous new assignment, Tabitha is devastated to learn she can't tag along.
Instead, she's forced to live on a midwestern farm with her grandparents where she'll have to attend a full year of public school. It's Tabitha's greatest nightmare, because despite all her adventures, she has no practical experience with the one thing that frightens her the most - other teenagers.
Her math teacher is her mom's old high school boyfriend, she can't tell the friendly girls from the mean ones, and she develops a major crush on a boy she knows she can't trust. And just when she thinks she'll never get the hang of this normal teenager thing, an attack brings the danger of her previous life right up to her midwestern porch. Who could have ever guessed getting totally shucked would bring her face-to-face with her most exciting adventure yet?

Excerpt:
I peered through the overgrown bushes, observing the beasts in their native habitat. My heart pounded, tapping an unfamiliar beat. I’d subdued a croc after an attack in the Amazon, looked a lion in the eye in the African bush, and swam with sharks in the Great Barrier Reef, but nothing compared to the fear ripping through my chest, infecting every bit of my essence with panic.
“Tabitha,” my grandmother, Mimi, bellowed, “get over here right now!”
I backed away from the evergreens, swinging my backpack over one shoulder. “Coming.” My whole life I’d been surrounded by adults or kids from cultures so far removed from civilization that American teenagers became the epitome of uncivilized behavior. I’d seen their TV shows on the Internet. All I could hope was that reality TV wasn’t real.
The double doors of the school loomed in front of me. The embedded crosshatching in the windows skewed my vision of the masses of kids opening lockers and chatting in groups. A select few were already swapping spit. I rolled my eyes. Suspicions confirmed.
“Do I have to go in there?” I turned around, arms folded across my chest. Mimi stood her ground, towering over me at nearly six feet tall, a giant to my mere five foot one inch. I wasn’t afraid. Intimidated yes, afraid no. I’d spent years cuddled on her lap reading stories but as I grew up, I realized that she was the powerhouse in her marriage and nearly everywhere else. No one crossed her except for my mom. I think that’s why Mom hadn’t come back to her hometown in the last sixteen years.
“Of course you have to go in. It wouldn’t do for you to be late on your first day of school.” She had that same look on her face as when I’d first met her. Exasperated, annoyed, and definitely not in the mood to be defied.
“But Mimi,” I started.
“No buts,” she barked. Her bear-like hand grabbed the door handle, opened it and she pushed me in with the other paw. “Have fun, Tabitha.”
I stumbled in as the heavy door thudded behind me. How could she leave me here alone? Among some of the most frightening creatures on earth – teenagers. I felt the bile rise in my throat but I swallowed it. Just what I needed, to be the girl who barfed on everyone the first day of school. I've been a freelance parenting journalist since 2003 and began writing YA novels in 2009. I co-run DarkSide Publishing, am a member of SCBWI, and I blog about writing while juggling freelancing, volunteering, and family life. I live in the Chicago suburbs with my husband, two kids, and our miniature schnauzer, Ace.
Author Links:
Website / Goodreads / Facebook / Twitter