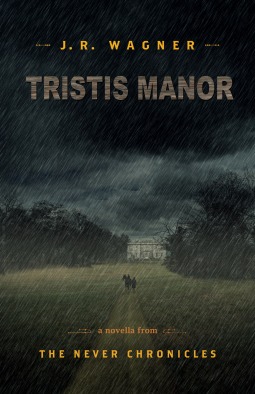 Blurb from Goodreads:
Margaret lives in a constant state of fear. Fear of her mother, whose constant state of anger and unwillingness to speak of Margaret's past have long since pushed Margaret away. Fear of disappointing her father should he ever discover the events of that day. Most of all, Margaret lives in fear of her abuser's return. Margaret turns to self-harm to cope with her pain and fear. Only when her self-inflicted injuries bring her near death does she realize she has the power and the support from an unlikely place to stand up to her fears and believe in herself again. Tristis Manor is a novella from The Never Chronicles, an epic fantasy series

I would like to thank the author, J.R. Wagner, and Net Galley for providing me with ARC copy of this novella to read and give an honest review. Receiving this book for free has in now way influenced my opinion or review.
Having read the first book of The Never Chronicles, I have to say that I was intrigued as to how this particular novella will fit into the series. It weaves a background of the characters from The Never Chronicles with hints at the magic we see. This is not a light read. Nor is it happy. Be prepared to read this and feel sad, but also to learn a great lesson of life: resiliency.
In this story, we meet Maragaret, a young child who has seen very little happiness in her short life. She copes with the aftermath of abuse by inflicting harm to herself. I have to say that Wanger does a great job of showing the pain Margaret has endured, without having to go into specific details of what the abuse entailed. Margaret's mother is cruel and yet when you learn of her past, you have an understanding of why she is the way she is. That is not to say you become sympathetic to her, it's just to say you get insight into who she is. Margaret's father is loving and caring, but he is away much of the time and he cannot protect Margaret from things. The staff are caring but cannot completely side with Margaret for fear of retaliation from their employers. They do what they can, when they can, but it is always secretive.
Wagner does a wonderful job of painting a world of pain and hurt. He is able to create a world where you are bonded to the main character, wanting her to prevail and hoping with all hope that there is a happy ending. He weaves his tail with beautifully haunting words and keeps the reader enthralled through scenes that create suspense and intrigue. It's am emotional ride for sure.
My only wish is that Wagner would have shown more of the connection between this story and the first book in the series. But perhaps we will see it unfold more in the future!
4/5 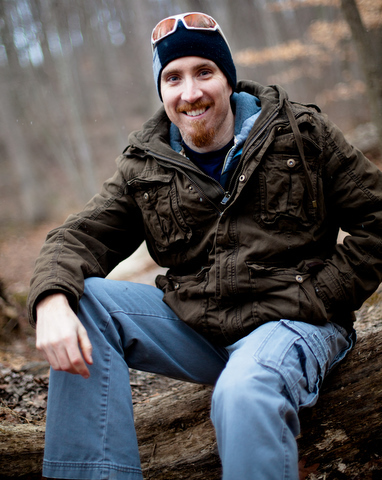 J. R. Wagner was born in West Chester, Pennsylvania, during a blizzard. The snow made travel by car impossible, so his father called an ambulance when his mother went into labor. The ambulance became stuck at the bottom of their home’s driveway, prompting the dispatch of a fire truck, which towed the ambulance to the hospital where he wasborn.Maybe it was this experience that destined J.R. to love adventure.A competitive cyclist, triathlete, mountain biker, and adventure racer, he once received a medal for saving a woman’s life during the kayaking section of an adventure race.J.R. drafted his first story, a sequel to Return of the Jedi, when he was ten years old. A self-proclaimed Star Wars geek, he had lofty aspirations of working with George Lucas on filming theproject. In 1990, he began filming his version of The Lord of the Rings in his parents’ basement, but the plug was pulled after he nearly burned down the house. Since then, J.R. has written twofull-length screenplays and a thriller novel.After graduating with a kinesiology degree from Arizona State University, J.R. returned to Pennsylvania, where he took up writing once again.He began writing Exiled while vacationing in Maine