From Stacey Wallace Benefiel, the author of the Zellie Wells trilogy, comes a new NA trilogy set in the Society world.
Penny Black hasn’t had it easy. Just about everything you’d expect to happen to a harassed foster-kid turned junkie has happened to Penny. Add in the mysterious power to rewind time, conducting events around her, and it’s a wonder she held up on the streets for so many years. Now, at seventeen, the New Society has found her. Finally, Penny is where she belongs. But that doesn’t stop the visions, or the need to protect the victims shown to her. Wyatt Adams is excited and intrigued when his sister Melody assigns him to be Penny’s Lookout. Being the youngest, and hopelessly ordinary in the family that created the New Society, has left Wyatt feeling like he has a lot to prove -- and Penny is a big deal. She’s got abilities that surpass any he’s seen before…and pretty much every quality he looks for in a girlfriend, but no one needs to know about that, especially Penny. *The Penny Black trilogy is a companion to the Zellie Wells trilogy and not a continuation of the series. (PBT is set 18 years in the future with a new cast of characters.) *Due to language and sexuality, FOUND is recommended for older teens (Most of the characters are out of high school and preparing for college.).

Also available at: Kobo Smashwords Apple   Haven't read the Zellie Wells trilogy yet? Pick up all three novels together for $6.99 at Amazon, Barnes and Noble, Kobo, Smashwords, and iTunes. Or get the first novel, Glimpse, for FREE at all e-book retailers.


Excerpt:
Ben Fontenot fits his Ret-tech onto his head, flips the microscreen down in front of his right eye, and continues cramming all of his and Christopher’s belongings into their suitcases. “Zellie Adams,” he says in a clear and clipped manner. He has two Zellies and a few Adams’ listed in his contacts and half the time his Ret either techs his daughter Zellie or adult Zellie’s husband, Avery. It makes him wonder why he ever got rid of his iPhone 23.
He is bent over, looking under the bed for his shoes – another thing he wonders about, after all of his years spent on the road, is why does he always misplace his shoes in motel rooms? --when Zellie answers.
“Beeeeeen. It’s early.”
He smiles as her image appears before his eye. Is that a pillow behind her head? She hasn’t even bothered to get out of bed. “Hey Doc,” he says, his smile growing wider. She rolls her eyes at him. Zellie hates it when he calls her Doc. He can’t help it. He’s excited. “You might want to sit up for this, I have some news.”
Zellie rocks back and forth, her long red hair working itself into a rat’s nest against the pillow. She is either trying to roll onto her side or fall out of bed…Ben isn’t sure which.
Finally, she says, “Avery, help me.”
Ben hears Avery chuckle and then sees him come into view above Zellie. He’s doing a crappy job of hiding his amusement over his pregnant wife’s predicament.
Zellie swats him on the arm. “Knock it off and help me up. It’s all your fault I’m ginormous, asshat.”
“Can you believe people come to her for advice?” Avery jokes to Ben as his face gets really close to Zellie’s, and then they are moving backward. “There, all better.”
Ben locates his shoes and sits on the bed, slipping his special edition hemp-fiber Chucks on. When he is sure that he has Zellie’s full attention, he takes a deep breath and says, “We’ve found her.”
“Penny Black? In DC?” Zellie asks, her voice going up an octave with each question.
“Yup.” Ben nods enthusiastically. He rights his Ret-tech. “Lookout Command sent us new video a few hours ago.” Ben moves his eyes across the microscreen, focuses on the video icon in the top left corner and blinks once, bringing up the latest clip for Zellie. “You’re not the only one who got a 5:00 a.m. wake up call.”
He waits while Zellie watches the clip of seventeen-year-old Penny Black, a Retroact who has managed to elude capture for the past seven years, as she pauses time and rewinds a twelve-car pile-up on Interstate 66 in Virginia.
Ben shakes his head, in awe. “She collapsed after that display of badassed-ness, which is consistent with all the intel Melody’s gathered. The Highway Patrol picked Penny up off the side of the road an hour later. They were completely unaware of what she’d done and how many lives she’d saved. The cops delivered her to a juvenile detention center twenty miles from here. Christopher’s on his way now to work his mind mojo.”
“Wow,” Zellie says. “She’s just…amazing. I don’t know how she’s made it this far on her own, Lookout-free, maybe not even knowing what she is. You and Christopher will be on a plane with her in the next couple hours, I assume?”
“Our flight for Cali leaves at eleven DC time. I can’t believe we found her right before the term begins. The Universe seems to be goosing me again.”
“You love it,” Zellie teases. “All right…” Ben can practically hear the gears in her shrink mind click into overdrive. “I’ll meet you at the Society School for an intake at three. We can put off the full psych eval for a few days.”
Ben grins, blinking to close the video and send it to its folder. “Hers or mine?”
Zellie snorts. “Dude, like you didn’t fail yours the second we met. I still love you, though.”
“Hey!” Avery says, from Zellie’s left. “Enough with the sweet nothings to Benji while you’re carrying my spawn.”
It’s Ben’s turn to snort. “Your spawn? Nice way to talk about your son, Adams. So, I guess that makes Zel some kind of reptile?”
“Seriously?” Zellie moans, her face moving toward a beaming Avery. She kisses him. “Boys, it’s been eighteen years. Get over it.” 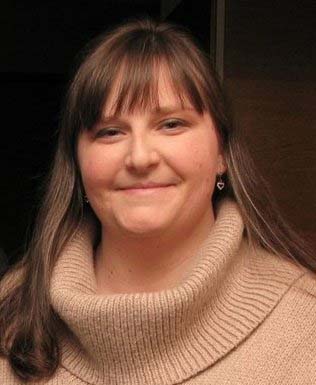 AUTHOR BIO
Stacey Wallace Benefiel is the author of the Zellie Wells trilogy, FOUND, the Day of Sacrifice Omnibus, The Toilet Business - a collection of humorous essays, and multiple short stories. Look for her upcoming New Adult Contemporary Romance, CROSSING, Spring 2013. She sometimes goes by S.W. Benefiel or Reina Stowe, but knows she's not foolin' anybody. Stacey lives in an orange house in Beaverton, OR with her two kids and their old, smelly dog. When she's not writing, thinking about writing, or driving her kids somewhere, Stacey is at CrossFit lifting heavy things and cursing the inventor of burpees.