Blog Tour: Raksha with a Guest Post by Frankie Rose

Welcome to the Raksha blog tour! Today we're celebrating this awesome book. So read on! 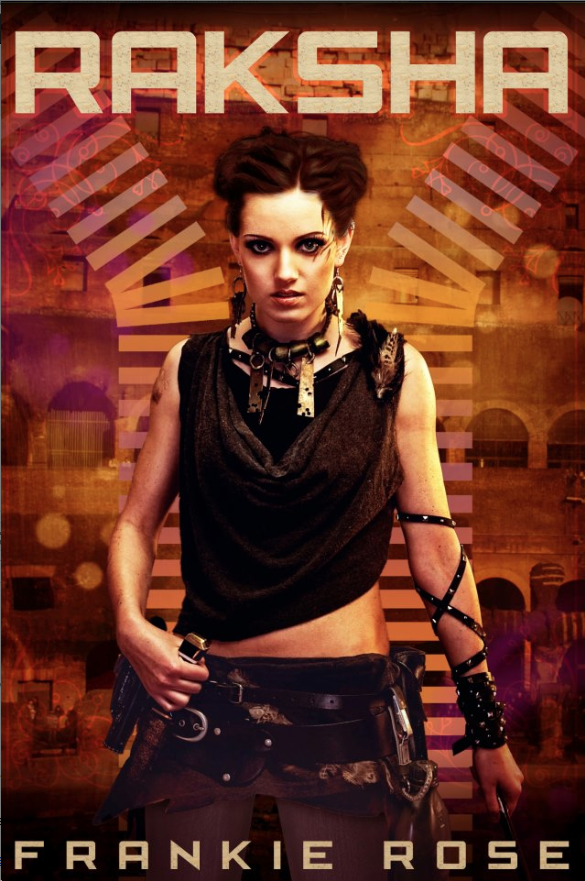 She has no name.


She has her knives, her training, and her halo.
The first and second give her the ability to defeat the opponents she is pitted against each month. The third frees her from pain and fear. From any kind of emotion at all. Everything is as it should be. Everything is as it should be, until…
Fear… Pain… Anger… Happiness… Desire… Guilt…
Love.
When a newly named Kit escapes the Sanctuary after killing her best friend, the last thing she needs is another knife in her hand. Or Ryka, the damaged, beautiful blond boy, whom she refuses to let save her. The sights and sounds of Freetown are new, yet one thing is familiar: the matches. The only difference? Where the blood in the Sanctuary landed only on the Colosseum floor, Kit will quickly learn that a river of red runs through Freetown’s very streets.
Without her halo, the inhabitants of Kit’s new home consider her saved, but is that really the case? Would she be better off free of the guilt associated with all the blood on her hands, or is the love of one boy worth living through all the pain?
Raksha is the call of the dead. It is the rumbling chant for fresh blood from the other side, the demand for sacrifice. The Colosseum is behind Kit. The fighting pits await.

Excerpt:
I focus on him and clench my dagger in my hand. The sea of voices swells, and I’m certain I can pick out Miranda’s deranged shrieking, yelling over and over again, “End him! End him!”
Falin Asha’s brown eyes fix on me and it looks for a second like he’s crying. That can’t be right, though. I hover just out of his reach, staring at him. “What’s going on?”
He smiles crookedly and brushes his hair back out of his face. “It’s going to be okay, all right? Remember that.”
I’m so thrown by his comment that I am utterly unprepared for what he does next. The knife in his hand snakes out toward me, and I skitter away from him to the left.  He knows how I react, however, and he moves with me, my mirror image. He darts for me and does the unthinkable, something that spells the end to the fight and me along with it: he grabs hold of my striking arm at the wrist. A low gasp runs around the Colosseum, growing in pitch until it’s a rushing echo in my ears. I try and fumble for the Balisong on my belt, hoping I can flick it open and use it, but Falin Asha is there before me. He doesn’t knock my hand away, just holds his over it. He pulls me closer to him and sucks in a deep breath.
“Don’t let them see,” he hisses. With that, I feel a twisting movement between our two bodies, and then his eyes go wide. He looks stunned, the way Elin children do when they fall and they’re unsure whether they’re supposed to cry or not. I look down and see his own knife submerged up to the handle in his stomach. A cracking, bubbling noise comes out of his throat, and he smiles slowly at me. The whole Colosseum has gone deadly silent. I can think nothing other than this: What have you done? What on earth have you gone and done?

Frankie's Top Ten!
I feel like there should be some sinister music playing in the background right now. Why, you ask? Well, because the lovely Brooke has asked me to compile a list of my top 10 bad guys.  I’ve had to think long and hard about this topic, because there are so many awesome baddies to choose from!


Okay, this book….*Sigh* this book left me so darned conflicted. And so did Caleb. He was obviously seriously messed up, and did some pretty cruel and horrific things to his ‘Kitten’, but I can’t be the only person who read this book and really loved him. Rooted for him to get together with Livvie even though their relationship was totally messed up. I think I would have developed a serious case of Stockholm syndrome for Caleb, too.


I used to hate this book. It was just so sad and Heathcliff was a complete jerk. He ruined everyone’s lives, and it took me a while to work out why. I then saw the television adaptation with Tom Hardy and realised that Heathcliff was destroyed by Cathy’s betrayal and didn’t know what to do with the pain he felt. When I went back and re-read the book as an adult, I realised how badly Heathcliff was suffering. That didn’t change the fact that he was a jerk, of course. But still… Thanks, Tom Hardy, for making me see the light.

I love how no single character in George R. R. Martin’s series is either wholly good or wholly bad. Jamie is a perfect example of this. He’s a pretty terrible person sometimes- pushing Bran out of the window, sleeping with his sister, killing the Targaryen king etc etc, BUT he has such redeeming moments, too. Saving Brienne of Tarth from being abused by twenty different guys, always keeping his word… yes, he shouldn’t have pushed Bran out of the window, but his crazy sister kinda made him do it. And you can’t help who you fall in love with right? (shudders) Okay, I can’t condone that one. Incest is never best. But I still love you, Jamie!

Okay, you’re probably beginning to sense a theme here. I love a bad guy that has a redeeming story to make him loveable. Gollum is freakishly ugly, tries to kill Frodo or have him killed on many different occasions, but there’s a reason why he’s the way he is. He was a lovely little hobbit once upon a time, and then the one ring totally effed everything up for him.

I’m throwing you through a loop right now, because there is nothing redeemable about Pennywise. That clown, I swear… IT gave me nightmares for YEARS and that’s why Pennywise the Dancing Clown is on this list. Stephen King is a master of horror, and he really hit the nail on the head with this one. Don’t read it, people. It’ll have you changing your underwear multiple times a night for the foreseeable. I think I could actually use some therapy… What do you say, Sam Winchester?

Cormac McCarthy is one of my all-time favourite authors.  The Crossing, City of the Plain, Suttree: I love these books. There’s a real atmospheric quality to the way McCarthy writes, and his southern dialects are astonishingly accurate. I loved Chiguhr in No Country for Old Men, because while he is a completely crazy nut job, he has a strict code that he lives by. And kills by, too. He’s a mastermind, a genius, and one seriously creepy son of a gun. I can’t recommend this book enough. I’d also recommend the movie as well. It’s one adaptation that I thoroughly enjoyed.

Steerpike was a ruthless guy in this series. He pretty much did anything and everything to get ahead. Someone once referred to him as a Machiavellian schemer, and he totally was.

Holy smokes, how freaky is this guy?? The books are so, so scary. Scarier than the films for me. Maybe because your own imagination is much more frightening than anything you can usually see in a film.

I don’t think there’s been a detective series I’ve enjoyed as much as the Sherlock Holmes. I read them when I was really young, and Professor Moriarty was always so conniving. He was an excellent arch nemesis, an equal to Sherlock’s intellect, which was why their conflict was so tense.


I’ve never wanted to punch a book character in the face as much I did King Joffrey. I was desperate for him to get what was coming to him for so very long. I won’t say what happens in case there are folk who are watching the series, but sheesh… Down with King Joffrey!!!

Thanks so much for being here today, Frankie! It was great seeing who your top ten bad boys are! 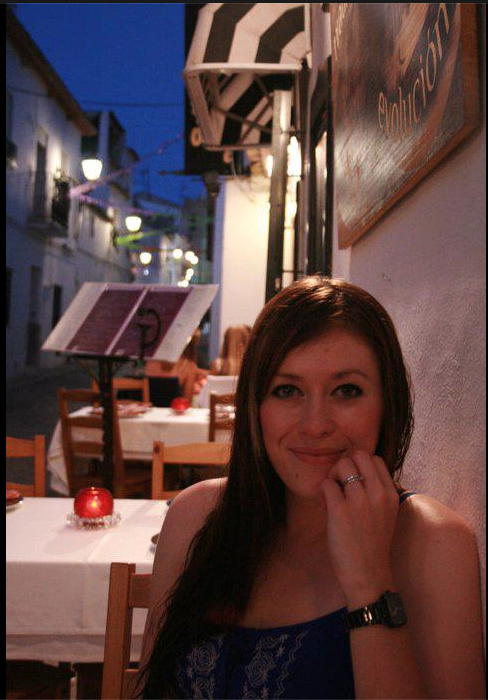 Frankie Rose is a British expat, who is currently enjoying the perks of living in Australia- her awesome husband, sunshine, and vitamin D. She spends her time creating fictional universes in which the guy sometimes gets the girl, the heroes occasionally die, and the endings aren't always happy. But they usually are.