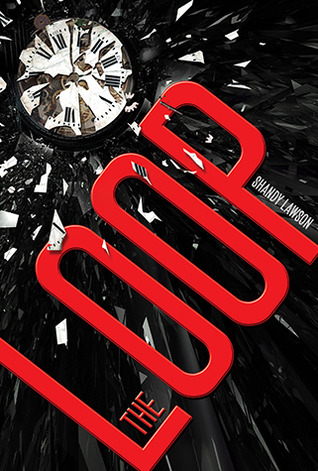 Blurb from Goodreads:
Ben and Maggie have met, fallen in love, and died together countless times. Over the course of two pivotal days—both the best and worst of their lives—they struggle again and again to resist the pull of fate and the force of time itself. With each failure, they return to the beginning of their end, a wild road trip that brings them to the scene of their own murders and into the hands of the man destined to kill them.
As time circles back on itself, events become more deeply ingrained, more inescapable for the two kids trapped inside the loop. The closer they come to breaking out, the tighter fate’s clutches seem to grip them. They devise a desperate plan to break free and survive the days ahead, but what if Ben and Maggie’s only shot at not dying is surviving apart?

I want to thank Disney Hyperion for supplying me with a copy of this book to read and give an honest review. Receiving this book for free has in no way influenced my opinion or review.

There's something about time travel books that just makes me happy. I just want to read them. I want to see the way the author bends time and gets the characters to jump through the loopholes that are inherent with this type of story. I have to say that Lawson did a really nice job with it.

Think Ground Hogs Day, when you read this story. The characters are caught in a continuous loop until the "problem" they are facing works out. Except this book did go around and around in circles. While the characters recognized they were in the loops, we really only see the story told in once, which was nice considering it could have gone on and on and on with now stop!

Ben is a nice character. I don't feel a total connection to him, and I really have no idea in my mind what he looks like. This was a disconcerting because I like to be able to picture the characters, it helps me think of them as more real. He does strike me as a typical teenage boy, tho, so that was a plus. Ben sees things as "deja vu" at first, not realizing it for what it is.
Maggie, our other main character, has been in the loop longer than Ben. Having had more experience in the loop, Maggie knows what is going to happen well before Ben. So, when they deviate from their charted course, things are a bit thrown off.

I would have liked more background about how the characters first met. It is explained a bit in the story, but it would have been nice to actually see it happen. I think this would have given more credibility to their relationship and why they felt so drawn to each other.

One of the inconsistencies in this story is the fact that Maggie has been in the loop for a longer time than Ben has. This right here made it hard for me to reconcile the loop. How could Maggie be looping but Ben not be doing it just as long as she had if their loop was always connected?

I like the concept that Lawson introduces, that fate will really try it's hardest to win out in the end. For no matter how Maggie and Ben try to alter their loop, they always end up back together and heading right back in the direction the loop has set for them. It makes for an interesting plot and really moves the story along. It also gives the story a bit of a suspenseful feeling since you are always wondering if the characters will succeed in breaking the cycle.

Overall I enjoyed this quick read, though I wasn't completely blown away with the concept or the storyline. I would have liked to see more things associated with the science fiction part of time travel in this book. I think it would have helped to make the book more cohesive. I recommend this book to fans of the Tempest series by Julie Cross. 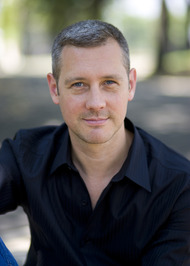 Shandy Lawson writes teen fiction stories about things that excite, fascinate and frighten him. When not writing, Shandy cooks, eats, and feels lazy for not writing. He lives in New York City but has his eye on Key West each time winter comes around.