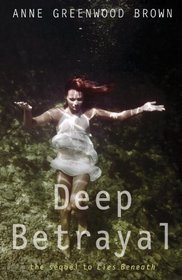 Blurb from Goodreads:
It's been thirty days, two hours, and seventeen minutes since Calder left Lily standing on the shores of Lake Superior. Not that she's counting. And when Calder does return, it's not quite the reunion Lily hoped for. Especially after she lets her father in on a huge secret: he, like Calder, is a merman. Obsessed with his new identity, Lily's dad monopolizes Calder's time as the two of them spend every day in the water, leaving Lily behind.
Then dead bodies start washing ashore. Calder blames his mermaid sisters, but Lily fears her father has embraced the merman's natural need to kill. As the body count grows, everyone is pointing fingers. Lily doesn't know what to believe—only that whoever's responsible is sure to strike again. . . .
Brooke's Review:
This was a bit disappointing given my love for the first book in this series. I want to thank Net Galley and the publisher, Delacorte Books, for providing me with an eARC of this book to read and review. Obtaining this book for free has in no way influenced my opinion or review.So, as soon as I heard this was up on Net Galley, I had to request it. The first book in this series was so amazingly good I could not put it down once I started and stayed up way past my bedtime to finish it. I loved Calder's POV! So, when I heard this book was from Lily's POV, I was a bit skeptical, but intrigued. I was excited to get to see things from her POV.Lily's character in this book does not strike me as the strong girl she was in the first book. Of course, we were inside Calder's head at that time, so all our knowledge of her was second hand. Calder made her out to be this strong, determined girl who wasn't afraid to take chances. In this book I found her to be more needy than anything else. She was whinny and annoying, constantly talking about her need to be with Calder. Ok, we get it, you love him and want him badly, but you need to take care of you, girl! I don't feel like she grew much as a character during this book. She kind of just chugged along, trying to find the answers to her questions and the mysteries surrounding the lake, but not really changing in anyway once she found what she was looking for. But Lily has some highly redeeming qualities as well: she is determined to keep the ones she loves safe.Calder, well, while he was in this book I felt most like he was absent. He spent so much time off doing other things, that we didn't get to see much of him. And I missed that because I really loved Calder in the first book. But seeing him from Lily's POV changed that, made him seem like he cared less than I know he does. It was frustrating to listen to Lily carry on about how he was not around, how she didn't get to see him and maybe he'd changed his mind about being with her.We get a bit more of Lily's father in this story, for reasons I will not go into as not to spoil things. It was interesting to watch her come to terms with all the changes her father was facing. And also nice to see him grow a bond with Calder.I really think this book would have been much better if Brown had stuck with Calder's POV. I understand her motivation for wanting us to see things from Lily's side of it, but I don't feel like her character was strong enough to handle the reader, taking them where they needed to go. I really felt like Lily was more outside of what she was telling, as if she were just a spectator or reporter telling us what she was seeing. I did not feel a connection to her at all. There was too much angst, too much whining and certainly too much dependence to make Lily a strong character. She didn't live up to how she was portrayed by Calder in the first book at all. I was very disappointed with that.I have to say that I love Brown's writing. It's easy to follow and flows well off the page. She makes me want to continue reading and not put the book down. Her descriptions are so acute, they really put you right into the scene so you feel like you are there experiencing what the characters are experiencing. And I can picture the scenes clearly in my mind. I also love the mythology she brings into the story and how the characters go about finding more information. It provided for some very intense scenes where I actually feared for their safety.The ending was not a surprise to me at all. I knew that at some point what happened would happen, in some way or another. I was surprised with how it ended and I'm curious to see how it will be dealt with in the next book.I did enjoy the book, and I'm looking forward to whatever else Brown will share with us. But I can say that I was not nearly as entertained by this book as I was by the first. It took me three days to get through this because I kept having to put it down from my annoyance at the main character. I was actually bored through much of reading this, tho the story line was interesting enough. The most redeeming quality was what happened at the end, and that is what will keep me coming back to find out more about this story.3 out of 5 stars from me. 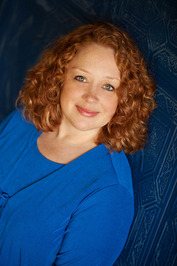 I am a Minnesota author, writing about mermaid assassins on Lake Superior. My debut YA series begins with LIES BENEATH, coming June 12, 2012 from Random House/Delacorte.The sequel (DEEP BETRAYAL) is anticipated for March 2013.Besides writing and reading YA literature, I love all things Irish, romantic movies, beef stroganoff, and Nutella.If I'm listening to music it's Violent Femmes, The Coronas (awesome band out of Dublin), and Great Big Sea (out of Newfoundland).