Cover Reveal and Giveaway: A Tale of Two Centuries (My Sweet Sixteenth Century, #2)

Excited to be helping with the cover reveal for A Tale of Two Centuries (My Sweet Sixteenth Century #2) by Rachel Harris!
Here is the beauty! 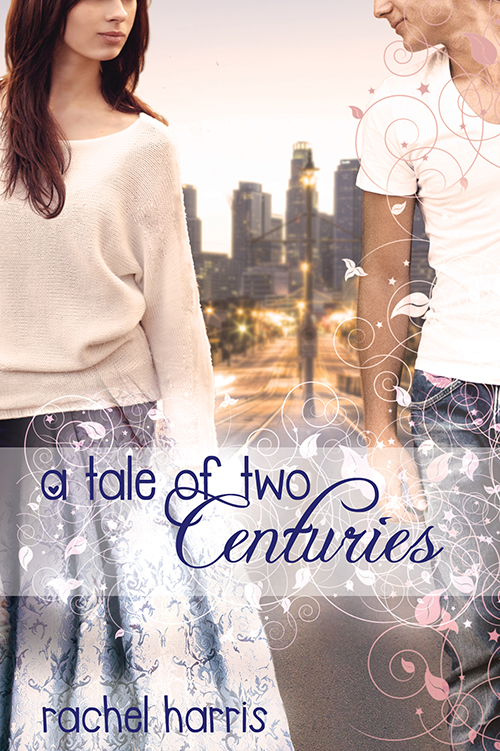 Alessandra D’Angeli is in need of an adventure. Tired of her sixteenth-century life in Italy and homesick for her time-traveling cousin, Cat, who visited her for a magical week and dazzled her with tales of the future, Alessandra is lost. Until the stars hear her plea.


One mystical spell later, Alessandra appears on Cat’s Beverly Hills doorstep five hundred years in the future. Surrounded by confusing gadgets, scary transportation, and scandalous clothing, Less is hesitant to live the life of a twenty-first century teen…until she meets the infuriating—and infuriatingly handsome—surfer Austin Michaels. Austin challenges everything she believes in…and introduces her to a world filled with possibility.


With the clock ticking, Less knows she must live every moment of her modern life while she still can. But how will she return to the drab life of her past when the future is what holds everything she’s come to love?

And here's an awesome excerpt from this phenomenal book!

Glaring sunlight permeates the thin veil of my eyelids. Even though it is noonday, the light is exceptionally bright, at least in comparison to the shelter of the tent. I shield my brow with a curved hand and force my protesting eyes open…then at the sight before me, promptly shut them again.
Sounds become crisper in the darkness. Rumbles, shrieks, wails, and hums. Unfamiliar chirps and impossible beeps. Piecing together my tattered, wilting courage, I take another peek and find nothing is as it should be.
Where my palazzo usually sits is an enormous structure with golden doors and red columns, a metallic roof, and a massive mounted dragon. A pair of terrifying, sculpted beasts guards the entrance. The ground is no longer one of cracked stone or even the damp earth of my garden, but assorted gray blocks etched with handprints, slipper prints, and a series of strange markings.
I stare at the mysterious shapes on the stone before me and gasp as they all at once become clear: Harry Potter, 7-9-07. Rupert Grint. Daniel Radcliffe. Emma Watson.
While a few of the letters are different than I am used to, it is as if my mind is faster than I, readily making sense of it all. Stooping to see the words closer, I place my hands in the indentations below the word Emma and marvel at the fit.
I twist my neck around, hands still pressed into the cool hollows, wanting to share the astonishing news with Reyna. But she and the tent are gone. In their place, an overwhelming crowd in varying degrees of scandalous dress swarms the square, each costume more shocking than the last.
Exposed ankles, exposed legs, exposed stomachs…
I avert my eyes heavenward, twin flames of heat burning up my throat and into my hairline. Clutching the note, I press my hands against my knees and prepare to stand. The rough texture beneath my palms causes me to freeze.
A horrible, unimaginable truth tries to be acknowledged, and I reluctantly run my hands along my thighs, hoping, praying my fingers will brush against the soft, cool silk of my surcoat. But when they follow the curve of my lap and meet in the middle, mortification demands a glance down.
Gentleman’s trousers!

Sounds awesome, right? You want a chance to win this? Scroll down and fill out the Rafflecopter!

As a teen, Rachel Harris threw raging parties that shook her parents’ walls and created embarrassing fodder for future YA novels. As an adult, she reads and writes obsessively, rehashes said embarrassing fodder, and dreams up characters who become her own grown up version of imaginary friends.
When she's not typing furiously or flipping pages in an enthralling romance, you can find her homeschooling her two beautiful princesses, hanging out with her amazing husband, or taking a hot bubble bath…next to a pile of chocolate. A Tale of Two Centuries is her second novel.
Rachel's website: http://www.rachelharriswrites.com
RAchel on Goodreads: http://www.goodreads.com/author/show/5347676.Rachel_Harris
Rachel's Twitter: https://twitter.com/RachelHarrisYA
Rachel on Facebook: https://www.facebook.com/RachelHarrisYA
a Rafflecopter giveaway
at 12:01 AM