There are no men in Claysoot.At midnight on every boy's eighteenth birthday, the ground shakes, the wind howls, a blinding light descends...and the boy is gone.The villagers call it the Heist.Gray Weathersby is prepared to meet his fate-until he finds a strange note from his mother and starts to question everything he's been raised to accept. Desperate for the truth, Gray takes his chances and climbs over the wall that surrounds Claysoot, which no one has ever crossed and survived. On the other side is a world unlike anything Gray believed possible. And the answers he finds there could be deadly.Taken is Erin Bowman's magnetic debut and the first in a trilogy that artfully blends reality and science fiction to create a haunting and unpredictable world. Perfect for fans of The Maze Runner and The Giver, with a twist that rivals M. Night Shyamalan's The Village, this hypnotic novel will have readers racing to discover the truth buried in a world built on lies.

A good story but too many inconsistencies to make it great. review to come.
I want to thank Net Galley and the Publisher, Harper Teen, for providing me with an eARC of this book to read and give an honest review. Receiving this book for free has in no way influenced my opinion or review.

The blurb for this book sounded so great, I could not bear not to request a copy of it to read. What's more intriguing than a dystopian society where the men only live until they are 18, or at least only stay with the society until they are 18. It's a disturbing and unique concept. I was so curious how the author would keep this society going with such a strict age limit. So, imagine my surprise when I started reading and stumbled upon inconsistencies and loose ends. It drove me nuts!

Cover love: yup, I have it. I just love this cover. I love the colors. Wow, they pop right out at you. The image of the tree, very important to the story. And the orange color which seems to almost be on fire, another important pat of the story. I can honestly say that this cover drew me right into wanting to read the blurb to see what it was all about.

I enjoyed the characters in this book well enough. They are fairly well developed for the most part. However, this is nothing uniquely special about them. They are not memorable in any way. Also, given the fact that the characters had been living in a world where there was not technology of any sort, I was surprised at how quickly they were able to adapt to another world and didn't even question things or seem afraid of them.
Gray is a hot headed teen who doesn't know when to keep his mouth shut. He leads with his heart, rarely looking to what might be right when thought about in his head. One important aspect of his character was that he didn't just let things sit, he asked questions. Although, I had a hard time believing that he really hadn't started asking them until he was 17, only 1 year from the Heist. He does grow in the story, finally understand how his actions will affect others. He shows promise in his growth, for sure, but he has a lot of maturing to do.
Emma, she just annoyed me. She didn't want anything to do with Gray, and then suddenly she is into him. I didn't see the progression to be honest. From what Bowman wrote at the beginning of the book, she was always much more into Blaine, Gray's brother. I think the separation that happened very early on in the book, after Emma and Gray had established a relationship, really just killed it. She also just wasn't strong. I found her to be very passive and timid. At first, I thought for sure she wouldn't be, with how she came off when speaking to Gray, but that quickly turned around.
Bree, well, here comes the love triangle. Yup, what else is new with a YA dystopian novel, right? It always has to be there. And, to be honest, it annoyed me. However, I preferred Bree's character over Emma. Bree is strong and strong minded. She's interested in what is good for all, how she can help the masses. And she's not interested in someone who doesn't see this. So her inability to click with Gray right away was not surprising. However, her falling for him kind of surprised me. Again, it happened much more quickly than I thought it would have.
Frank is your typical good character turned bad. From the beginning I can tell there are things that just aren't right about him. He is too nice, he treats Gray too well. So I wasn't surprised when things turned around, to be honest. And, while we get an idea of who he is, I really don't understand why he created what he did or where he was going with it. <spoiler>Who would set up all this different communities in the hopes of the strongest surviving and then taking those strong people and making clones of them? Especially in the middle of a war? It would take way too long for these clones to come to fruition and even be of any help.</spoiler>

I liked Bowman's writing well enough. It's always nice to see a YA book written in a male POV. Her flow was pretty good. However, that's about where it stops for me. There was WAY too much going on with the plot. She introduced way too many new concepts and it left things untied, leaving holes in her logic. I felt like she just kept adding things to the story to try and give it more depth, but it was actually more distracting than anything else and it left so many loose ends. I hate loose ends. And I need things to relate and make sense. There were some mysteries that I certainly was not expecting for sure. I think those made the story line more intriguing and that is really what kept me going.

All in all I liked the concept of this book. If you like movies like The Village, then this will be right up your ally. However, I would not expect too much from it. It goes along well enough, but there is just way too much stuff introduced to keep in line and I really wanted to see more growth from the characters. By the end, I felt I had already read more than one book in this trilogy and I question how the author will keep readers entertained in the second installment of this series. There were too many loose ends, too much that was left untied in the end. I know this is a series, but in the end I need to understand motives and reasoning and it just wasn't there from the viewpoint of the "government" involvement.

I can say that I will not rush to read the next installment in this series. It really didn't leave me wanting more or wondering where it would go.

Disclaimer: "Thank you to the publisher/author for a copy of this book. Receiving it for free has not influenced my rating or review." 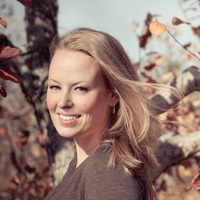 Erin Bowman used to tell stories visually as a web designer. Now a full-time writer, she relies solely on words. She lives in New Hampshire with her husband and when not writing she can often be found hiking, commenting on good typography, and obsessing over all things Harry Potter.
Erin is represented by Sara Crowe of Harvey Klinger. Her debut novel, TAKEN will be published by HarperTeen on April 16, 2013.