I finally finished reading this lovely! Review will be posted tomorrow here on The Cover Contessa: 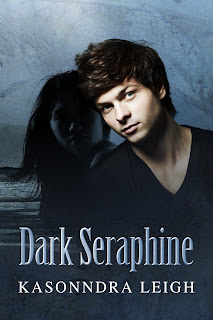 "Mom always says the angels walk among us. She forgot to tell me that sometimes they're not all fluffy and nice."
Seventeen-year-old Caleb Wood has seen people he calls the walkers since he was a baby. It didn't take long for him to realize something…no one can see these strangers but him. They never stuck around or tried to touch him. And they never said a word. That was until one day on the first day of class in his senior year when an incredibly gorgeous girl strolls into his life…and things are never the same again.
Soon Caleb realizes he has stepped into the middle of a growing conflict between two ancient groups. And his ability to see the invisible ones, the half-breeds that want to modify the human race, just might be the only hope both he and the mysterious, but infuriating, Gia, have of making it out alive.

I read and finished this book for a buddy read on Goodreads. Review will be posted tomorrow here on The Cover Contessa. 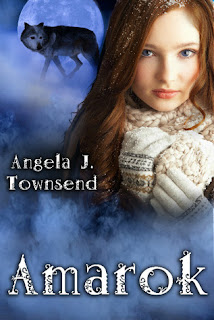 Emma's life has been hell since she moved from sunny California to a remote Alaskan town. Abandoned by her father and living with the guilt of causing her mother's death, she makes a desperate dash for freedom from her abusive stepfather. But when her car skids off the icy road, her planned escape leads to further captivity in a world beyond her imagining.
Dragged across the tundra by an evil mountain man and his enormous black wolf, she learns that love can be found in the most unexpected places. Amarok, as she's nicknamed the wolf, is a young man from the gold-rush era enslaved by an ancient shaman. Emma's gentle touch and kind heart win his love and devotion. When a vicious madman--trapped in bear form by the same Shaman--attacks the travelers and injures Amarok, Emma must find the strength to face her fears and free the wolf she's come to love. But that means she must face down the evil shaman, a Siberian mammoth hunter from the ice age, and he has no intention of giving up his power to her

I received an eARC of this little beauty from J. Taylor Publishing for a read and review. So far it's really great! 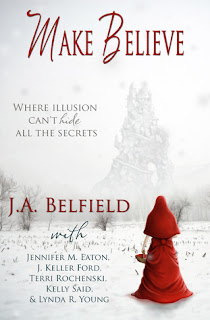 Sacrificial Oath by Terri Rochenski
An impetuous act unwittingly makes Alesuela the fulfillment of the Sovereign’s Blood Oath to their Goddess. In five days, she’ll be forced to make the greatest choice of her life: become the virginal sacrifice already promised, or force the man she loves most to die in her place.
With an impossible choice in front of her, she searches for ways to undo the oath, and in her quest, finds not everything in her life is as she expects.
The Amulet of Ormisez by J. Keller Ford
There is only one way to save Elton Fletcher’s brother from an insanity-ridden death.
After years away from home, fighting for his people, Elton returns to discover his only sibling, Cayden, possessed by greed and malice, and responsible for malicious, unthinkable deeds. Cayden, though, isn’t the only one afflicted by the Amulet of Ormisez, and Elton finds himself in yet another battle, where the price of failure could be his own life.
Birthright by Lynda R. Young
Christa can mask the pain and hide the scars, but running from a birthright is impossible.
She’s tried to escape her grief by fleeing to a small town in Florida. Much to her frustration, the locals think they recognize her even though she's never been there before. To make things worse, a man named Jack spouts outrageous theories about her.
Both spur Christa to bolt, to start fresh yet again, but there’s something about Jack that intrigues her enough to stay. The only problem? Someone else wants her to leave, and they won’t stop until she’s dead.
Petrified by Kelly Said
A mysterious storm has replaced summer with winter, devastating crops and smothering Castle lands in snow. Prince Sterling August stands alone as a leader, lost in personal grief as well as a desire to help his people but with an inability to do either.
The answers he needs await him, but without Lochlyn, a woman who’s just as isolated as Sterling, he’ll never see what stands before him, cloaked in illusion.
Last Winter Red by Jennifer M. Eaton
Emily is a Red, a woman whose sole purpose in life is to produce offspring. When her husband dies and leaves her childless, she risks her life and forsakes the safety of Terra—a disease-free city born after the nuclear holocaust. Beyond its boundaries, she knows, survives a man with whom she can be properly paired.
The Outside, though, holds secrets the government struggles to keep, and what Emily discovers on her quest for a mate will change her life forever.
Escort to Insanity by J.A. Belfield
From a charity auction, to a stroll in the park, to the craziest night of her life. Nicole Harrington can’t help but wonder how a simple event went so drastically wrong.
Of course, the male escort she booked is wholly to blame. Not only charming but shrewdly intelligent, Benjamin Gold drags Nicole into a platoon of unimaginable problems—ones from which she’ll have to find the courage just to survive.

I am reading an ARC of this cute book for a review for a blog tour that will happen in December. 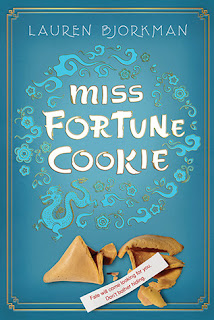 Meet Erin. Smart student, great daughter, better friend. Secretly the mastermind behind the popular advice blog Miss Fortune Cookie. Totally unaware that her carefully constructed life is about to get crazy.
It all begins when her ex-best friend sends a letter to her blog—and then acts on her advice. Erin’s efforts to undo the mess will plunge her into adventure, minor felonies, and possibly her very first romance.
What’s a likely fortune for someone no longer completely in control of her fate? Hopefully nothing like: You will become a crispy noodle in the salad of life

I am still reading these, some are for review, some for pleasure. They are going slowly as I have to fit them in between reviews:

Yes, I know, I have a problem. Too many books reading at once! I just cannot help myself. I am hoping to finish them by the end of the year, but I doubt that will happen seeing as I have 4 more reviews for December planned! OY!
Have a great weekend and happy reading!