Welcome to the Wicked Fate blog tour stop at The Cover Contessa. Today we are excited to be hosting a leg of this tour. Tabatha Vargo has written a totally amazing book. Would you like to know a little bit about it? Well, here's something to wet your lips!

What if you lived in fear of yourself?

For Mage McPherson being afraid of herself is just the norm. Thanks to that fear, being a loner in a small town never bothered the mysterious Mage. Once she received her secret abilities, she figured being alone was the safest way to be. That all changes during her sophomore year at Summerville High when Adam, her equally mysterious secret crush, starts to notice her.

Afraid that she might harm Adam, Mage must learn to either control or deny herself. With Adam by her side she's more powerful than she’s ever been, but is she powerful enough to defeat her worst nightmare? She learns a hard lesson about love and magic when her destiny comes to collect.

How awesome does that sound?
So awesome you want to know more about the author? Well, here's a little ditty about her: 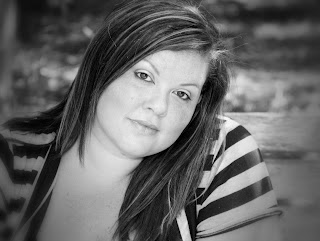 Tabatha has been writing since she could pick up a pencil. Her first publication was a little poem in her elementary school paper, from that point on she was hooked. When she was a teenager, she traded in her girly magazines for personalized writing notebooks.

At nineteen, she met her own personal prince charming and writing took a back burner for a while. She is now married to that prince and the mother of a beautiful Six year old princess/rock star. Once her daughter was born, writing came back into her life, and she finished her very first novel in May of 2009.

She is pursuing a Bachelors in English and hopes to one day teach while continuing to write.

As a stay-at-home mom and full-time student, Tabatha enjoys the freedom of spending a good bit of her days doing what she loves the most…writing.
Facebook: https://www.facebook.com/tabatha.vargo.9
Twitter: https://twitter.com/TabathaVargo
Goodreads: http://www.goodreads.com/book/show/16008688-wicked-fate

Are you excited or what? What, you say? You say you'd like to know more? Well, Tabatha has generously offered us an excerpt from her book. So read on, because you won't be disappointed!

“You’re so cute when you don’t know you’re being watched,” he grins as he uses his long legs to push the swing.
“You’re so full of it,” my cheeks heat up.
Thank God I wasn’t doing something totally embarrassing.
“Have I ever told you that I love it when you blush?” he stands and grabs my hand. “Come on.”
He pulls my hand and leads me down the steps.
“Where are we going?”
“Just come on—it’s a surprise.”
I follow him to the side of the house and then further back until we’re almost in my favorite garden.
“Close your eyes,” he runs his fingers softly down my face making me close my eyes.
I close them and then I allow him to lead me through the garden. I hear the old rusty gate creak as we enter. He sits me down on the old crackled marble bench then he runs his fingers down my face again. It feels amazing.
“Okay, open.”
In front of me, on the old marble table, is a little purple and white cupcake with a single candle in the middle. A single purple balloon floats above the table. Next to the cupcake is a tiny silver box.
“I figured if you hadn’t really celebrated Christmas since your grandmother died, then you probably hadn’t celebrated your birthday either,” he shrugs, like what he’s done really isn’t a big deal.
It’s a gigantic deal to me.
I stare down at the cupcake and think to myself how lucky I am to have such a great friend like Adam—unless of course we’re more than friends? The fact is, I have no idea what this is and I don’t care. I like it.
I decide to show off a little.
I look down at the cupcake and stare hard at the candle. Thinking in my head how bad I want the candle to light, I continue to glare at it. I try my hardest to will it to light…it doesn’t work. Go figure, the one time that I actually want something to happen it doesn’t.

You want more, you say? Well, you can have it. Visit the sites listed below to see more of this fabulous tour!
Thanks for stopping by The Cover Contessa!