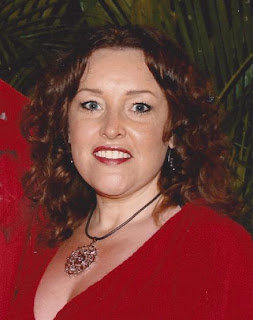 Today I'm very excited to be taking part in the cover reveal for two amazing new books by Elizabeth Marx.

Windy City writer Elizabeth Marx brings cosmopolitan flair to her fiction, which is a blend of romance and fast-paced Chicago living with a sprinkle of magical realism. In her past incarnation she was an interior designer--not a decorator--which basically means she has a piece of paper to prove that she knows how to match and measure things and can miraculously make mundane pieces of furniture appear to be masterpieces. Elizabeth says being an interior designer is one part shrink, one part marriage counselor and one part artist, skills eerily similar to those employed in writing.
Elizabeth grew up in Illinois and has also lived in Texas and Florida. If she’s not pounding her head against the wall trying to get the words just right, you can find her at a softball field out in the boonies or sitting in the bleachers by a basketball court. Elizabeth resides with her husband, girls, and two cats who’ve spelled everyone into believing they’re really dogs.
Elizabeth has traveled extensively, but still says there’s no town like Chi-Town.

Elizabeth has several books already published which you can view on her Goodreads Page: Elizabeth on Goodreads

You can also stalk Elizabeth or contact here throughthese sites:


So without further ado, let's take a look at these new BEAUTIFUL books and read what they are all about, shall we? 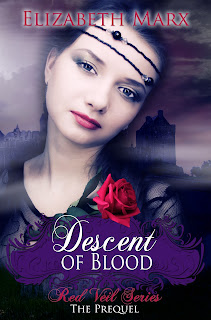 Descent of Blood, The Red Veil Series, The Prequel
When times are darkest, some vampires desire more than blood …
England, 1465. Mortal men clash in the War of the Roses for the English crown, while vampire warriors’ move undetected among their ranks, savoring the flow of blood that battlefields provide.

Vampire prince, Severian Pearce, fears the revelation of the immortal clans to humankind should King Henry fall from power. While in pursuit of Henry’s enemies, Severian comes to the aid of Meridian Neville, a human woman he craves—and not for the scent of her blood … Meridian is torn between honoring her father’s dying wish and her unexplainable yearning for Lord Severian. But as Severian and Meridian work together to protect a relic hunted by mortals and immortals alike, the red veil descends over them. This all-consuming attraction can drive immortals to the brink of madness. Will the existence of this powerful bond between a human and a vampire be enough to unite the immortal clans or is the red veil a scourge set on destroying any chance they might have of happiness?

When all hope is lost, one vampire will fight unto death for his forbidden love. 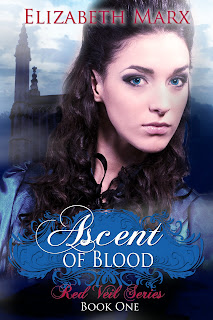 Ascent of Blood, The Red Veil Series, Book One
Sometimes, love is conceived in the mind of a man long before it is ever realized.
1990, Cardiff, Wales.  Vampire prince, Sebastian Pearce, has waited six-hundred years for the right human mate. His own beloved mother was a mortal capable of carrying immortal offspring. While vampires no longer require live donors for sustenance, Mother Nature has played a cruel trick on them … making breeders a rare commodity. As numbers in his Imperial House dwindle, Sebastian’s virgin bride eludes him, until he happens upon a young woman searching for information about a sacred vampire text, the Book of Descent. Sebastian’s desire for her is more potent than anything he’s felt for another woman, but Everleigh Marbut isn’t innocent. She’s an American with a mind of her own, and worst of all, she’s already carrying an immortal being. Sebastian and Everleigh are so intent on fighting their attraction to each other and the influence of the red veil that they don’t realize they’re being pulled into a battle pitting medieval myth against the power of modern science to recreate life.

Aren't they just GORGEOUS?
And in honor of the release of these awesome books, expected publication date is COMING SOON, Elizabeth has offered to give away 1 copy of each of them! EEK! Isn't that excited. So go on and enter, you know you want to read these and see what they are all about!

a Rafflecopter giveaway
at 3:01 AM