A new release coming in August 2013 from Spencer Hill Press!
Check out the awesome cover and blurb! Great for middle grade to young adult readers :) 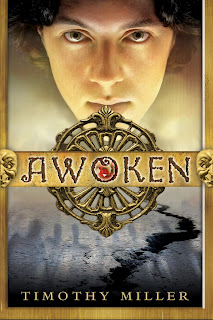 Fourteen-year-old Michael Stevens has never been ordinary; no orphan who hears music coming from rocks considers himself a typical teenager. But life gets a lot more complicated when two-foot-tall, albino, doll-like men sneak into his room one night, transforming the harmless music into a frightening ability he cannot control.Soon, strangers in black suits begin to ask unsettling questions while unnatural animals with mismatched eyes haunt the streets. They are hunting, and not just Michael: anyone he cares about is in danger.With the help of a mysterious drifter, an annoying girl he's accidentally mutated, and one of those creepy doll men, Michael finds himself in the middle of a war that could forever change the world he knows - reconstructing the very definition of humanity.

Sounds so good! I think this one will be a good one for my son and I to read together!!!