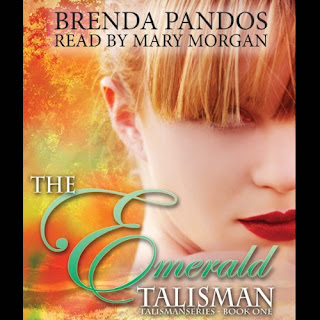 
You can run from your destiny, but you can't hide.

If for no other reason than to help endure the hormonal rush of high school, sixteen-year-old Julia Parker would trade her ability to feel her fellow students' emotions in a heartbeat, especially half the boys in class.

When the beguiling Nicholas uses his superhuman strength to rescue Julia from the edge of a cliff before she's devoured by a bloodthirsty stalker, Julia is suddenly thrust into an underground world where people and animals are often one and the same. Fellow high school students disappear and only Julia and Nicholas know the truth. While Nicholas, a vampire hunter, is out stopping the ever-growing coven, an old friend entices Julia to join him on the dark side and a psychic tells Julia she alone is the key to stopping the madness, problem is it'll require Nicholas' life. 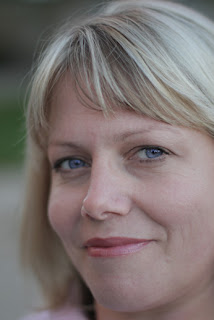 Brenda Pandos lives in California with her husband and two boys. She attempts to balance her busy life filled with writing, being a mother and wife, and spending time with friends and family. Working formerly as an I.T. Administrator, she never believed her imagination would be put to good use. After her son was diagnosed with an autism spectrum disorder her life completely changed. Writing paranormal romance became something she could do at home while tending to the new needs of her family, household, and herself.

Three years later, Brenda now has five books published, The Talisman Trilogy: The Emerald Talisman, The Sapphire Talisman, and The Onyx Talisman, and Mer Tales: Everblue and Evergreen. She is currently working on the third book of Mer Tales, Everlost, coming February 2013. 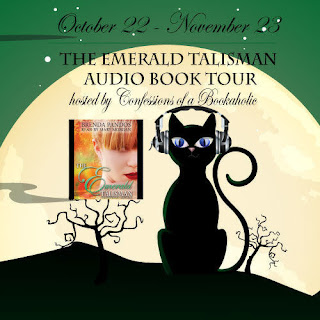 Readers are invited to participate in The Emerald Talisman blog tour from 10/26-11/23 hosted by Confessions of a Bookaholic. There will be giveaways, interviews and a scavenger hunt!

Book Blast Giveaway Details:
$100 Amazon Gift Card or $100 PayPal Cash from Author Brenda Pandos
Ends 10/30/12
*You need not enter your twitter name for each entry.  Simply enter it when you follow Brenda and leave the others blank.

Open to anyone who can legally enter, receive and use an Amazon.com Gift Code or Paypal Cash. Winning Entry will be verified prior to prize being awarded. No purchase necessary. You must be 18 or older to enter or have your parent's permission. The winner will be chosen by rafflecopter and announced here as well as emailed and will have 48 hours to respond or a new winner will be chosen. This giveaway is in no way associated with Facebook, Twitter, Rafflecopter or any other entity unless otherwise specified. The number of eligible entries received determines the odds of winning. VOID WHERE PROHIBITED BY LAW.