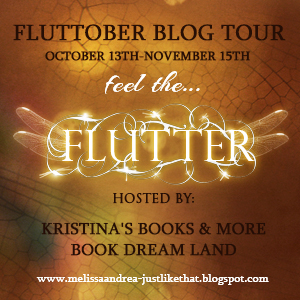 Today I am super excited to be taking in a very special tour: Flutter by Melisssa Andrea! You may have seen this GORGEOUS book around lately! If not, then take a look below at this lovely beauty!


I am so in love with this incredible cover! 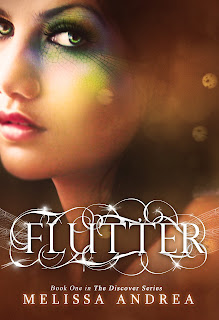 Sara's life is forever changed -Waking up, buried & hidden deeply in the last place anyone would want to be, will do that. She is determined to find out how she ended up there & why, but when the only person who can help her, continuously lies to her, she finds herself forced to suffer alone. She can't ignore the strange things that begin to happen to her nor can she hide from the nightmares that haunt her sleep. And when her world collides with Adan - the mysterious boy whom she can't seem to stay away from, literally - she is consumed by the familiar flutter that sparks whenever he is around and she is desperate to discover the reason why.But the biggest discovery will come from the secret of what she is…AdanAdan’s mission to find Sara has finally approached -It seemed simple: bring her back to the enchanted world that lives, breathes and survives because of her, but he quickly finds himself faced with an entirely new challenge. Immediately, Adan realizes that staying unknown to Sara is a task he will fail before even attempting. The pull to her is far too strong to refuse, and being with her will defy the very reason he existed. He was the key to her survival and loving her was not part of the plan that he had been born to follow. Can he find it in himself too resist the urge to be with her and follow through with their destiny or will he destroy everything that had been left to Sara to protect and defend -And the kingdom she is unaware she rules…FlutterAs Sara and Adan struggle to overcome their own separate battles - There is a far more determined evil that is stalking the shadows and waiting to annihilate them both. Sara will figure out that not everything is what it seems and knowing what she can and can not trust will be the key to finding out the truth to what happened to her, the reason why she had been buried alive and who she really is…Sara and Adan will discover the hidden meaning to why she was the reason he existed and why he would be the reason she survived & together they will fight to change the rules and rewrite their fate.Discover the Meaning, Discover the Secret,Discover Flutter 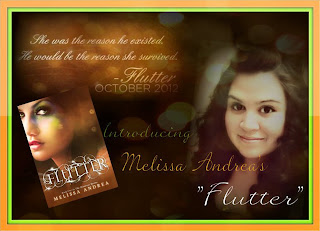 Melissa started reading in high school when she found her mom's romance book collection and has been hooked on books every since. She became a complete book-a-holic, starting her own collection and improving her reading skills. Most of the time she could finish a book walking around the store, while her mom shopped
She wrote her first short story in high school for a competition in her writing class. It was a child's book called 'Arnold' - it was about an ant who believed he could do anything. Oh by the way, she won!She has written many stories since then, but this will be her first YA paranormal/fantasy and the first book she will have published.She lived in Mesa, Arizona with her husband of six years, and her 3 beautiful daughters. They are her biggest fans and they inspire her everyday. She enjoys spending time with her family, weekend dates with her mom & taking vacations. Hawaii anyone?

And now, as a special treat, Melissa has graciously provided us with some bios for her characters. Read on and enjoy all that is the wonderfulness of Flutter! 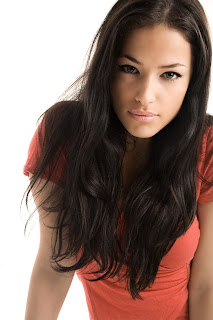 Sara Alejandra Marquez
The Spanish beauty that attracts the attention of everyone with her dark, mesmerizing, shimmery, skin, cascading midnight black hair, and wild hazel eyes.
At 17, her problems should be minimal, but Sara finds nothing insignificant about being buried alive or the Fluttering sensation coursing just beneath her skin, coming to life every time she is around the mysterious boy. Sara can’t fight the attraction she has to Adan or the maddening effects he has on her.
As Sara searches for answers, she finds the more time she spends with Adan, the more she realizes he might not be as mysterious as she thinks.
“The silkiness of his voice was a torturous caress
that I was willing to endure for the rest of my life.” – Sara 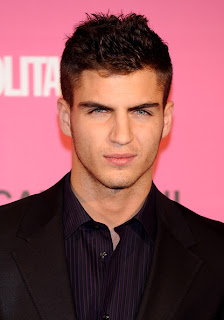 Adan Reyes Delacruz
Is the new guy in town, with his striking dark hair, sun kissed skin, and intensely, electric blue eyes, that spark out of control every time he is around Sara.
Created for Sara and Sara alone, his need to live and die to keep her safe will go much further then just wanting to keep her protected. Having been close enough to touch her, smell her, he can longer blend into the background of her life.
Adan’s battle has been lost, but Sara’s war still remains and Adan must remember his mission and getting close to Sara can destroy everything.
“I tried to stay away from you Sara, I did,
but that nearly killed me and I won't do it again. I can't." - Adan. 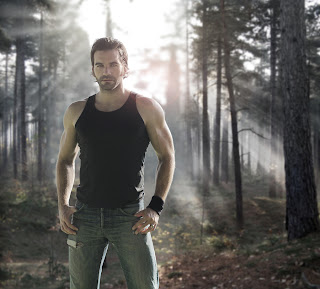 6 feet tall, dark and very dedicated to his responsibility and those responsibilities just got a lot harder now that Sara knows something just isn’t right with her life. Suspicious and angry over everything Andres says, he must learn to live with Sara’s cold shoulder.
As Sara’s Watcher, Andres wants nothing more than to keep her safe and young at least until her birthday. He knows that is coming fast he will have to tell Sara the truth about everything: Who she is, what she will have to do and more importantly – what she is.

Don't these characters sound incredibly awesome! And their quotes, oh, makes me want to gobble them all up! So be sure to get your copy of Flutter when it's released! You will not be disappointed!