Resistance (Saga of the Setti Book 2) by Stephanie Judice

Today I am so excited to put up my review of this totally awesome book by Stephanie Judice: Resistance (Saga of the Setti Book #2). This book is due to be released in October and I had the honor of being asked to be a beta reader by the author. Let's get to know Stephanie Judice just a bit before my review: 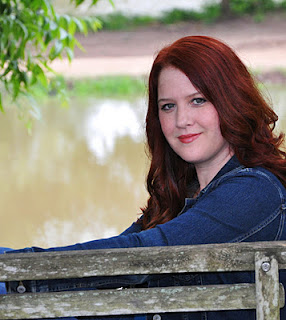 Stephanie Judice calls lush, moss-laden New Iberia, Louisiana, home where the landscape curls into her imagination creating mystical settings for her stories. She shares her small, southern lifestyle with her husband and four children. As a high school teacher of English and Fine Arts, she is immersed in mythology, legends, and art that serve as constant inspiration for her writings. Some of her favorite things are autumn leaves, southern accents, Gothic architecture, Renaissance festivals, family movie nights, and, of course, William Shakespeare. Writing is her haven for self-expression where imagination rules and dreams do come true.RISING is her debut novel in the paranormal, teen series SAGA OF THE SETTI.

And now my review! Enjoy!

Resistance by Stephanie Judice
My rating: 4 of 5 stars

I received an unfinished ARC copy of this book to beta read for the author, Stephanie Judice, to give an honest review.

Blurb from Goodreads:
The world is covered in darkness. A constant gray pall reminds the Setti that reapers are still here—watching, waiting, hunting. Gabe, Clara, and their clan must leave the relative safety of Beau Chêne, Louisiana, in order to train with others gathering in the north. No one knows what lurks when night falls. Yet, Gabe and Clara both know that they must chance the danger in order to fulfill a dark destiny.
While Gabe grows in confidence, Clara begins to doubt everything, including her feelings for Gabe. Looming between them is a growing chasm. Clara’s constant defiance against Gabe begins to sever the bond between them. New clansman and fellow Guardian, Michael, steps in all-too-willingly to take Gabe’s place as her confidant and more. Good-looking and self-assured, Clara finds his charms difficult to resist. She wonders why she should resist at all.
Jessie, now a shadow scout, defies the reapers’ malevolent power. She reaches out to Clara, yearning for the impossible—to be free of the reapers’ enslavement.
Beyond Clara’s battle to save a lost loved one and to keep Gabe close to her heart, another threat stirs, whispering to Clara in the dark. Something evil hunts her. Will she listen to the one who calls to her in nightmares and eventually finds her in the flesh? Will she succumb to his will or will she cling to her human soul and her human heart?

If you have not read Stephanie's first book in this series, stop here. You cannot read this book without that background. So, turn around, go back, and get yourself a copy of

because you in no way will be disappointed. It will take you on the journey you need to enjoy this next masterpiece she has written!

When Stephanie asked me to read this book for her, I was jumping up and down screaming in my house (yes, my kids and husband were looking at me as if I had lost my marbles, what else is new?). I was so honored that she felt I was worthy enough to read this and give her honest feedback! And it was so wonderful to work with her and send her my opinions, edits and what I was loving about the book; to be able to watch the process evolve and become a piece of art. I loved her first book and knew there was no way I could be disappointed with this one. And I was SO right.

First I'll start with the cover. Well, it is just phenomenal. I love the way it looks. It totally captures the main characters of the book and their relationship. When Stephanie told me she was redoing the first book's cover, I was already excited. So after seeing it, I wasn't sure she could outdo herself, but she did! The colors, the setting, the emotion that this cover brings out are a testament to how well it captures the mood of the book. And besides that, it is just beautiful. The cover model is exactly what I pictured for Clara!

Let's move on to the characters. There are A LOT of characters. But there were a lot in the first book So, I got to know them through Rising before I started this book. When the new characters were introduced in this book, it was a bit hard to keep track of them all. Especially when the clans converged at the camp site in New York. I was finally realizing who each and every character was when, bam, there were more. It was a bit hard to picture them all, to really get a clear view of what they looked like. But for each character I met, I did love them. And each one brought something to the story, so I don't think it could have been done without them!
I loved how the main characters were developed throughout this book. You really see them all grow and change and come into their powers. I noticed this most with Clara. Of course, this makes sense considering she is the main character.
Clara's character goes through such a mix of emotions in this book. She is torn between two men who love and want her. She continues to mourn the loss of her mother, and her cousin Jessie. She grows to embrace her power, to begin to understand the real effects it can have on her being able to save the human race. Her emotions fly all around, typical of a teenage girl growing into herself. And she questions the reality of what the team is doing, who they are fighting, why they are fighting, and how she is so directly involved in it all.
Gabe, oh my poor Gabe. He's so strong for his team, when deep down inside he is just cracking and breaking, perhaps beyond repair. I don't want to say much more (for it may spoil the turn of events), but know that he really shows how much he cares about Clara in this book going as far as being willing to let her go if need be.
And Michael, well, RAWR to him! He's the new "bad boy." He is sexy, cocky, passionate, arrogant, loving, and shocking all at once. He knows what he wants and he isn't afraid to go after it. He does what he believes is right, sometime at the expense of others.
As for the other characters, I feel to talk about them and expand on them might ruin the story. So let's just say they will leave you crying, gasping, laughing, and clenching your teeth!

Now the story line. The first few chapters read fairly slowly for me. Despite it's slowness, I loved the prologue, for without it I don't think you can fully understand the rest of the story. But once I got to chapter three, things kind of picked up and there really wasn't turning back from there. It was a constant roller coaster ride, never stopping to let you off and breath. The story kept me always on my toes. And the constant change of scenery has you picturing all parts of the country you never thought you would see! I read Part 2 of this story in one day, staying up late just so I would not have to leave myself trying to sleep wondering what would happen next.

So, did I like this story? No. I LOVED this story. And if you thought Stephanie's first book was good, well you are in for a HUGE surprise because this one is even better! The story is stream lined and sharp. The details are there, but not overbearing. You can see the author has grownand learned from her first writing experience for sure. This book is so much better than the first. Bravo, Ms. Judice, for continuing to take us on this most spectacular journey through the plight of the human soul as it faces some of the worst evil imaginable!

I'm giving this book a 4 out of 5 stars. Why only 4 stars if I liked it so much, you ask? Because I think there were still some flaws with the writing (although the improvement from the first book is blatantly obvious). I know the next book will be even better!

And to be posted on major selling sign at the time of publication.