Never Too Old for YA Books and I are continuing to honor indie authors this month. Today I would like to welcome Uvi to the group and blog to chat about what it is being an author.
Uvi's is the author of the following books: 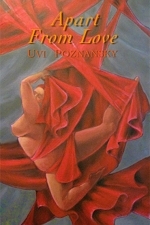 Written with passionate conviction, this story is being told by two of its characters: Ben, a twenty-seven years old student, and Anita, a plain-spoken, spunky, uneducated redhead, freshly married to Lenny, his aging father. Behind his back, Ben and Anita find themselves increasingly drawn to each other. They take turns using an old tape recorder to express their most intimate thoughts, not realizing at first that their voices are being captured by him. Meanwhile, Lenny keeps a secret from both of them: his ex-wife, Ben’s mother, a talented pianist, has been stricken with an early-onset alzheimer. Taking care of her gradually weighs him down. What emerges in these characters is a struggle, a desperate, daring struggle to find a path out of conflicts, out of isolation, from guilt to forgiveness.&nbsp After a while I whispered, like, “Just say something to me. Anything.” And I thought, Any other word apart from Love, ‘cause that word is diluted, and no one knows what it really means, anyway. Anita to Lenny, in Apart From Love Why, why can’t you say nothing? Say any word—but that one, ‘cause you don’t really mean it. Nobody does. Say anything, apart from Love.
Anita to Ben, in The Entertainer
For my own sake I should have been much more careful. Now—even in her absence—I find myself in her hands, which feels strange to me. I am surrounded—and at the same time, isolated. I am alone. I am apart from Love.
Ben, in Nothing Surrendered

Title: Apart From Love
Publication Date: February 15, 2012
You can purchase the book from these links:
Amazon
Barnes and Noble

A simple word; a loaded one. You can say it in a whisper; you can say it in a cry. Expressed in the voices of father and daughter, you can hear a visceral longing for an ideal place, a place never to be found again.
Imagine the shock, imagine the sadness when a daughter discovers her father’s work, the poetry he had never shared with anyone during the last two decades of his life. Six years after that moment of discovery, which happened in her childhood home while mourning for his passing, Uvi Poznansky presents a tender tribute: a collection of poems and prose, half of which is written by her, and half—by her father, the author, poet and artist Zeev Kachel. She has been translating his poems for nearly a year, with careful attention to rhyme and rhythm, in an effort to remain faithful to the spirit of his words.
Zeev’s writing is always autobiographical in nature; you can view it as an ongoing diary of his life. Uvi’s writing is rarely so, especially when it comes to her prose. She is a storyteller who delights in conjuring up various figments of her imagination, and fleshing them out on paper. She sees herself chasing her characters with a pen, in an attempt to see the world from their point of view, and to capture their voices. But in some of her poems, she offers you a rare glimpse into her most guarded, intensely private moments, yearning for Home 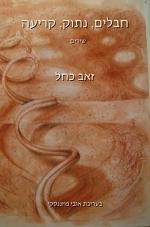 Zeev Kachel, a writer, poet and artist, published three books: a prose book "Dams Erupting" in 1957, a poetry book "Can We Still Love" in 1961, and a prose book "Beyond The Window, What Day Is It Today" in collaboration with his daughter, Uvi Poznansky in 1977. Until his passing at the age of ninety four, he created a prolific body of work, alternating between painting and writing. However, he archived his latest poems. They were never published in his lifetime. During the mourning period for his death, a treasure was found in his apartment: a great number of poems never before shared with others. They had been written out of pain, in response to his separation from his wife at the age of seventy. One line after another, they create an array of emotions, starting with love, through a sense of betrayal, loneliness, despair, waiting for death and ending with acceptance. This process is reflected in the editing of this book
Title: Ropes, Separation, Tear (Hebrew Edition)
Publication Date: February 15, 2012
Amazon
Barnes and Noble

And here's a little bit about Uvi: 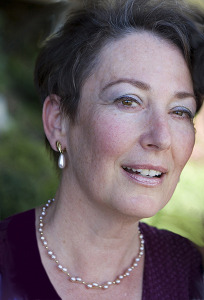 Uvi Poznansky is a California-based author, poet and artist. You can view daily posts of her writing and art on her blog, http://uviart.blogspot.com.
She earned her B. A. in Architecture and Town Planning from the Technion in Haifa, Israel. During her studies and in the years immediately following her graduation, she practiced with an innovative Architectural firm, taking a major part in the large-scale project, 'Home for the Soldier'; a controversial design that sparked fierce public debate.
At the age of 25 Uvi moved to Troy, N.Y. with her husband and two children. Before long, she received a Fellowship grant and a Teaching Assistantship from the Architecture department at Rensselaer Polytechnic Institute, where she guided teams in a variety of design projects; and where she earned her M.A. in Architecture. Then, taking a sharp turn in her education, she earned her M.S. degree in Computer Science from the University of Michigan.
During the years she spent in advancing her career--first as an architect, and later as a software engineer, software team leader, software manager and a software consultant (with an emphasis on user interface for medical instruments devices)--she wrote and painted constantly, and exhibited in Israel and California. In addition, she taught art appreciation classes. Her versatile body of work can be seen online at uviart.com. It includes bronze and ceramic sculptures, oil and watercolor paintings, charcoal, pen and pencil drawings, and mixed media.
Uvi has published two children books, Jess and Wiggle and Now I Am Paper. For each one of these books, she has created an animation video. see Author Videos at the bottom of this page.
Her novel, Apart From Love, was published February 2012. Her poetry book, Home, is about to be published this fall.

And without further ado, here is Uvi to answer our questions!


Uvi, thanks so much for stopping by and sharing what it's like for your to be a writer and an artist! It was great having you here!
at 6:00 AM